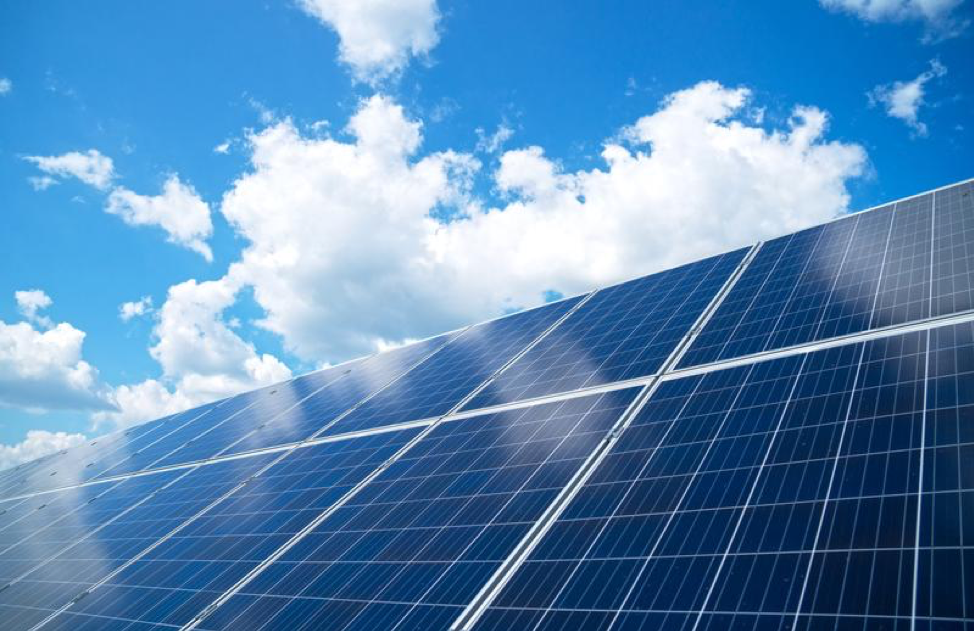 The earth receives 173,000 terawatts of sunlight energy on a continual basis. That’s 10,000 times more than the total energy we use. One hour’s worth would power the planet for a year. This is a free and renewable power source, and it’s one that can bypass the harmful effects of energy generated by fossil fuels.

What They’re Made Of

Solar panels are mostly composed of silicon, which serves as a semiconductor. Semiconductors have properties between those of conductors and insulators, and these properties allow them to be affected by sunlight. There are two types of silicon used. Monocrystalline and polycrystalline are the two most popular types of solar panels. Polycrystalline panels are somewhat more efficient than monocrystalline, but they are still a bit more expensive. Work is also underway with materials such as Perovskites, which allow for cheap and lightweight printed cells.

How Sunlight Gets Turned into Electricity

A solar cell is an electronic device with a layer of negatively charged semiconductor (silicon) that contains more electrons placed over a layer of positively charged semiconductor with fewer electrons. The opposing charges create a repulsive field between the layers. When sunlight strikes the top layer, some of the electrons are knocked loose, creating holes. Due to the repulsive field between the layers, the holes migrate to the bottom of the lower layer while the loose electrons are pushed to the top and conducted away for power use. They are then returned to rejoin the previously migrated holes on the lower layer.

Because only electrons move – and they move in a continuous loop – nothing is lost. Solar cells can last for decades. Power remains cheap, which enables households and businesses to operate at an economical level. Electricity can also be decentralized and used in more direct and creative ways, eliminating the need for fossil fuel-generated lighting in remote locations and allowing for low-emissions farming. While fossil fuel power has a negative global impact and is limited, solar remains a free and renewable resource.

The cost of solar modules has dropped by 99 percent since the 1980s, and it’s still falling. In countries such as Spain, Germany, and Italy, solar energy is now cheaper than energy from the grid. Tax credits in the US also supplement the original investment required. Electrical storage is also being improved, and work is underway to use more effective semiconductor materials in multiple junctions that can catch more wavelengths of sunlight, bringing efficiency up from 25 percent to as much as 50 percent. Because the cost continues to drop as efficiency steadily improves, solar is a cheap and renewable energy source for the foreseeable future.

Limitless Energy are designers and installers of renewable energy systems in Wales and beyond. We are energy consultants for domestic and commercial projects and can produce reports detailing potential opportunities to help reduce energy consumption and receive financial support. If you have any questions about renewable energy systems, please feel free to contact us!